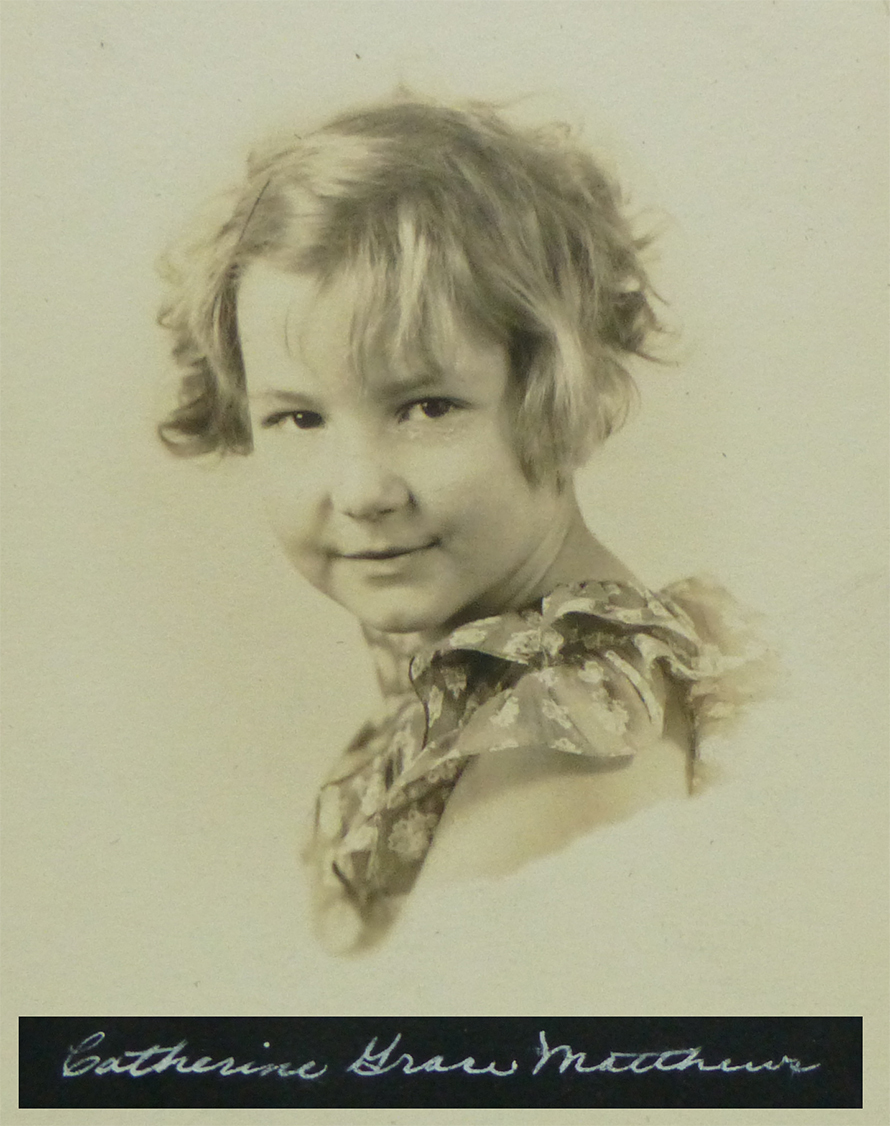 I look into these eyes and see myself staring back. As little girls, we looked so much alike. Perhaps as a child, she got away with more than I did — growing up at the ranch with four big brothers and one big sister.

She was my mother’s only sister. You’d think they would have been close, but the anger and mental instability that colored my mother’s life certainly would have made it trying. In the end, Grace achieved more than my mother — three loving daughters, a batch of grandchildren and even great grandchildren. All connected in love and together until the end.

Grace was 16 when I was born. She came to visit us frequently when we still lived in San Antonio. Looking at the timeline, she was probably going to Incarnate Word College then. On my 4th birthday, it snowed in San Antonio. She came to visit and brought my first red sports car. An unlikely gift for a little girl, but she was terribly proud of her choice. It was a little red plastic wind-up race car that really zoomed. She and I played with it in the not-plowed street in front of our house, both of us squealing with joy. My mother could not understand the gift, but she was often on the outside looking in.

After Grace was expelled from college for being caught up a tree on campus with a boy (so it’s told), she went back to the ranch briefly and found it boring after having seen Gay Paree.  So, she sold my grandfather her horse, Brownie, to get funds for a trip to San Francisco with her Fagan cousins. That, in itself, was funny — as she sold Brownie back to Grandpa about a dozen times in her life, without ever once buying him back.

Off she went to San Francisco! When she returned, we had moved to Victoria. I remember her visit to us like it was yesterday. She was gorgeous. She’d cut her hair into what was called a “poodle” style, all curls and fluff. She was wearing a halter sundress in a color I had never seen. She called it chartreuse. I now call it caterpillar blood green. She was so worldly and glamorous to a shy little girl. Later she gave me the dress to play lady.

My aunt taught me how to swim. Told me all about the birds and bees. Gave me mascara. Never laughed at my dreams. Approved of my boyfriends. In later years, we took a holiday together — dancing the night away together with handsome cowboys at a Colorado honky tonk — and raced through the mountains in my little convertible, a red MGB. We were more like sisters than anything.

I loved you. Godspeed.