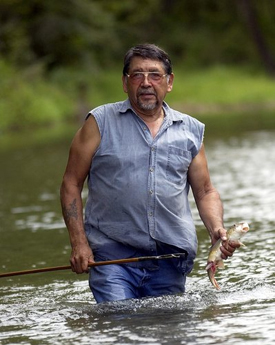 Tomorrow [February 12, 2010] they will bury my old friend — or maybe his ashes will be scattered somewhere in Cherokee Nation.  Perhaps they may even be returned here to Georgia to the old Cherokee homelands.

I wanted very much to be at the funeral services  near Tahlequah.  Getting there would have meant driving through several states under a blanket of new snow.  It seemed too much to tackle, yet — I remember that I drove through one of the worst blizzards in 100 years to get to Hastings the first day I met him!  He was not surprised to find that I had made it to the hotel in Tahlequah some four  hours after leaving Tulsa.  Somehow he knew that I would get through the storm!

The next day we spent a wonderful snowy day at the Cherokee Heritage center, talking about my research project and drinking an ocean of coffee.  His golden voice was mesmerizing.  His smile, infectious.  His deep laugh — charming.  His knowledge of Cherokee lore, fascinating.

The Tulsa World newspaper said that former Deputy Chief of Cherokee Nation was “a fisher of men who lived history”.  The Keetoowah Cherokees mourned the loss of a “traditionalist”.  The Native American Times in Tahlequah notes that he “was awarded [the title of] National Treasure years ago for his craftsmanship, but he also was a national treasure to the Cherokee people for his cultural contributions, encouragement and statesmanship”.

To me, he was a singer, a spiritualist, a storyteller, and an artist.  He was also a speed demon behind the wheel of his official Cherokee Nation vehicle, literally flying down the backroads of Oklahoma.  Trying to keep up with him on the open road, one could feel the brush of angel wings!

So many times through the years, I would call him to chat.  First thing, I would ask, “What are you doing, Hastings?”  Most often he would cheerfully report, “Just fishing!”  So, the photo above is how I’d like to remember him.  Just fishing.

It’s hard to believe that Hastings is gone so soon.
Gone fishing.

Hastings … say ‘hello’ to Mr. Eli NoFire when you get there! He’ll be waiting to sing a round of “Amazing Grace” with you.  I will be listening. 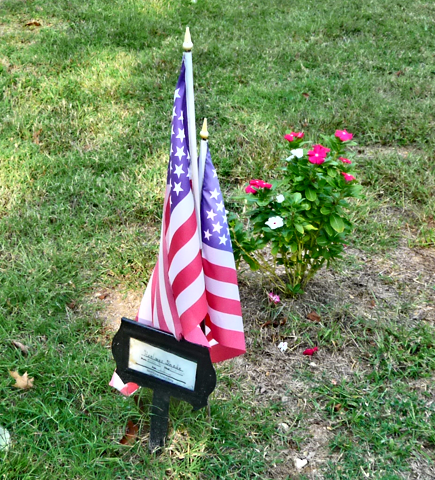