Hot time in the old town

This virtual shanty town was thrown together to house an influx of oil field workers and supporting trades for the big boom at Healdton Field in the early 1900s. It’s written that the second stories of some buildings were brothels. Living facilities were hard to come by, and squatters grabbed any vacant property. Many folks lived in tents.

The town burned several times, the most notable time for me was the Christmas fire in 1920.  My grandmother, Sylvia Rogers Caldwell, was nine months pregnant — and she lived in Wirt where my grandfather was employed as an oil field worker. Their tiny little two room shotgun house (below) likely still smelled of smoke from the blaze when she went into labor late on the night of December 27.

My great aunt, Katie Wynema Caldwell Windsor, told me that they hung canvas over the porch for my grandmother’s accouchement. These humble surroundings welcomed my father into the world in the very wee hours of December 28, 1920. 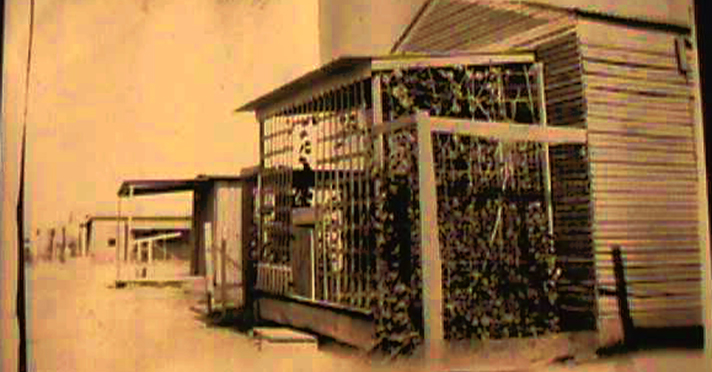