Recipe from a Tifton B&B

Going to my business partner’s home in Tifton is always a treat … because of the thoughtfulness of his wife, Linda!  She’s a grand hostess. 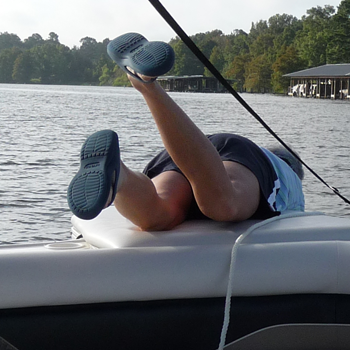 Linda’s delightful quilling hobby results in (after some well-placed hints) a little packet of her handmade cards wrapped in tissue and tucked up on my pillows!  She knows how much I envy the BLTs the Roger gets for lunch from time to time — so I get them, too!  Along with a disgusting many-layered caramel iced cake that will make you cry, it’s so good.

This visit produced another culinary delight from Linda’s kitchen — Oriental Coleslaw.  I ate as much as was even moderately polite — drove back to Marietta straight to the market and purchased the ingredients to make it for myself!  If you hate mayonnaise, you will love this coleslaw.  Here’s her recipe:

Mix the dressing ahead of time:
1/2 cup oil (I used grapeseed oil with a few drops of sesame oil in it)
1/4 cup white vinegar (I had a white wine vinegar, but rice wine vinegar would also work)
1/2 cup sugar (just do it)
a dash of salt and (get this!) the flavor packet from chicken Ramen Noodles!

Here’s how to do the slaw:
Mix a 16 oz package of angel hair slaw mix with about 4 chopped or slivered green onions.  Just before serving, add a cup of slivered almonds, a cup of sunflower seeds, and (another shocker!) the crunched up uncooked package of Ramen Noodles!  If no one in your crowd hates cilantro, you could have put a few chopped leaves in the mix, as well.

I tried to decide how to find a good photo of the slaw to post here, but it’s difficult when it’s consumed about as quickly as it’s made.  So, I posted a picture of Linda instead.  She will hate this, but I think it’s an adorable shot of her trying to pull up the boat anchor or something!  The photo is about as unusual as the slaw recipe is, eh?! 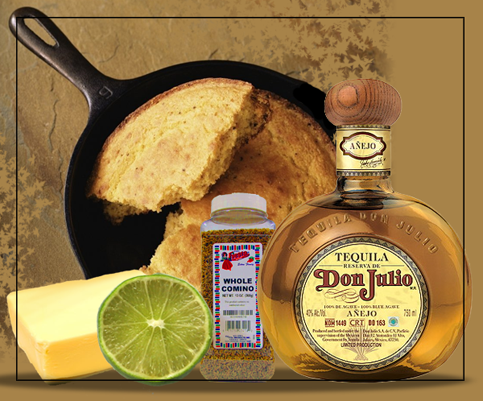 Cook several slices of bacon in a skillet until crispy and remove it.  Make cornbread, using the bacon drippings instead of normally called for butter, and bake it.  I know — that’s gross.  Do it anyway, because it tastes soooooo good.  (Note:  make sure that the bacon drippings equal the amount of melted butter called for in your cornbread recipe.)

In a small dry skillet, toast the comino seeds until they are fragrant, and then grind them with a mortar and pestle.  Mix them into the butter with tequila and lime juice.

Obviously, serve the butter with the cornbread!  If there is extra tequila, it goes over ice — it will warm you up about as nicely as the cornbread will!

That’s “Lucy” for asparagus.  While visiting the Roba family in Pennsylvania recently, I had the most amazing asparagus!  Cooked to order (twice) by Sue Roba in her cozy farmhouse kitchen.  Wow!  Was it ever good — and I deplored hot asparagus, until that moment of revelation in her kitchen.

Here’s what you do:
Cut fresh asparagus spears into (large) bite-sized pieces and dump them into a bowl.  Shoot in a quick dollop of olive oil and stir them all around.  Then dust liberally with freshly ground pepper, onion powder and garlic.  Spread onto a cookie sheet and bake 5 minutes at 500-degrees.  YUM! 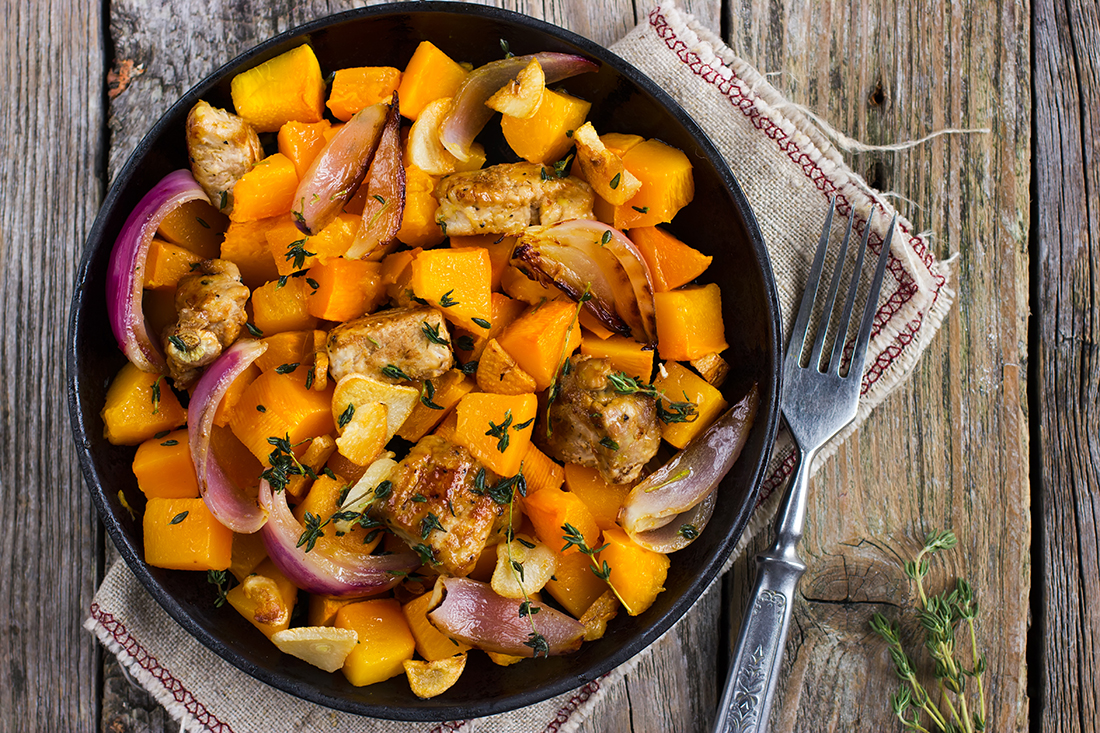 I loved the old Harry’s Farmers Market here in Marietta.  It’ was such fun to go there on Sunday afternoons and wander the aisles picking out the most delightful things to munch!  This was a ‘find’ at Harry’s that Lucy wanted to share …

Roast the squash, peel it, and chunk it into bite-sized pieces.
Mix with chopped red onions and dried cranberries.
Add a light touch of minced fresh thyme.
Drizzle lightly with maple syrup.

Make a light vinagrette with olive oil and red wine vinegar.
Season with salt and pepper to taste.
Toss it all.