It’s always so interesting to open up Ancestry.com on a Sunday morning and find some new record hint attached to an ancestor. I try to look at them all, daunting as it may seem — for you can never tell where the path may lead you.

This week, I noted that employee records of the Minnequa Works of Colorado Fuel & Iron Company in Pueblo, Colorado, were posted online. They had a listing for my grandfather, Lorenzo Dow Caldwell — employed with them from August 25 – September 15, 1919. I thought it was not the same person, as I was not aware that my grandparents had ever lived in Colorado. The record, however, clearly listed Sylvia Caldwell as his wife!

Studying the employment card carefully, I saw that he had previously worked in the Healdton Oil Fields (“two years until August 1, 1919”). The examination recorded by the card was date stamped August 23, and he started work just two days later. He and my grandmother lived at the Victoria Rooms (a small hotel – see photo below). His job title was “nail help” — it seems that the Minnequa Works was a wire mill that also made nails.

World War I had been over for about a year. It was the Gusher Age, where employment in all facets of oil exploration and production was booming. Setting the stage for life in Pueblo, Colorado, it was a rough-and-tumble environment. The Pueblo Chieftain newspaper carried stories of a big employee strike at the mill in 1919. Additionally, the last lynching in Colorado occurred on September 13 in Pueblo when a local mob pulled two Mexicans from the jail and took them to a bridge and hanged them.

My grandparents were newly weds and teenagers!

Certainly the atmosphere of the town and workplace was frightening to them both. Two days after the lynching, Dow’s employment was terminated (I am surmising that he quit!) and shortly thereafter, they are back in the family fold in Carter County, Oklahoma.

So interesting that one little employment card could unfold a whole story that was heretofore unknown to us. Somewhere in the building pictured, my grandfather was examined and found fit for employment at the Minnequa Works. Age 19. Light brown hair and blue eyes. He was 5′-6″ tall and weighed a trim 131 pounds. I have the picture in my mind … 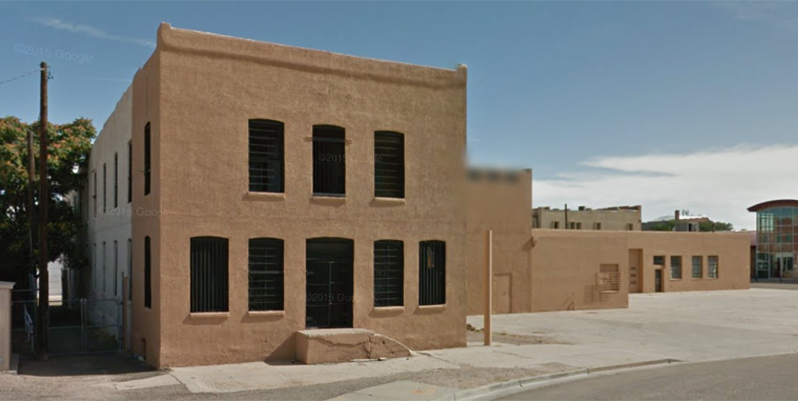 Postscript: Additional records from the Minnequa Iron Works show that Bart Caldwell (brother to Dow) was employed there June 12 – July 1, 1919, leaving because his “mother was sick in Wirt, Oklahoma”. Bart returned to employment there on the same date as Dow and his address was 119 W. Victoria St in Pueblo. From the image on Google, it appears that this could have been a small hotel — the same place where Dow and Sylvia were living.